Docker on Windows 10 with WSL2 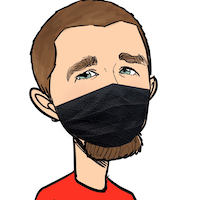 Microsoft's Windows Subsystem for Linux (WSL) 2 was recently updated to bring support for less-bleeding-edge Windows 10 versions (like 1903 and 1909). WSL2 is a big improvement over the first iteration (particularly with better Docker support) so I was really looking forward to getting WSL2 loaded up on my work laptop.

(Not needed if you've already been using WSL1.) You can do this by dropping the following into an elevated Powershell prompt:

Drop this in an elevated Powershell:

And then reboot (this is still Windows, after all).

Download it from here, and double-click the downloaded file to install it.

Open a Powershell window and run:

Step Five: Install a Linux distro, or upgrade an existing one

If you're brand new to this WSL thing, head over to the Microsoft Store and download your favorite Linux distribution. Once it's installed, launch it and you'll be prompted to set up a Linux username and password.

If you've already got a WSL1 distro installed, first run wsl -l -v in Powershell to make sure you know the distro name:

And then upgrade the distro to WSL2 with wsl --set-version <distro_name> 2:

Download Docker Desktop for Windows from here, making sure to grab the "Edge" version since it includes support for the backported WSL2 bits.

Run the installer, and make sure to tick the box for installing the WSL2 engine.

Launch Docker Desktop from the Start menu, and you should be presented with this friendly prompt: 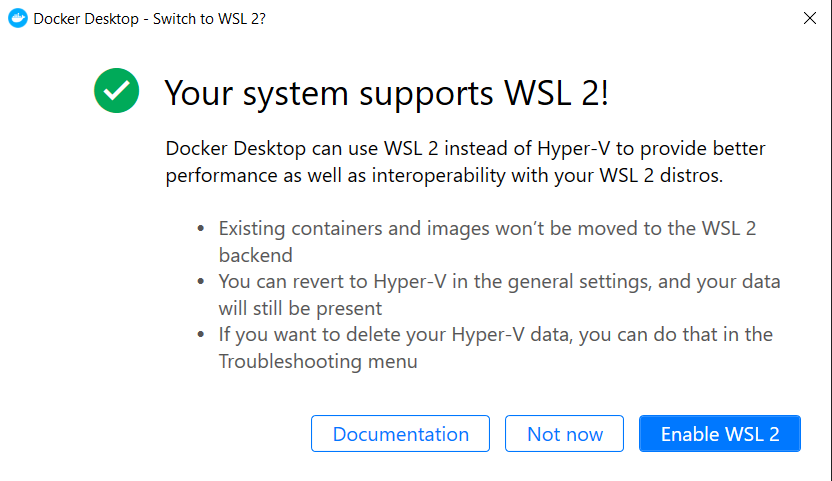 Hit that big friendly "gimme WSL2" button. Then open the Docker Settings from the system tray, and make sure that General > Use the WSL 2 based engine is enabled. Now navigate to Resources > WSL Integration, confirm that Enable integration with my default WSL distro is enabled as well. Smash the "Apply & Restart" button if you've made any changes.

Fire up a WSL session and confirm that everything is working with docker run hello-world: 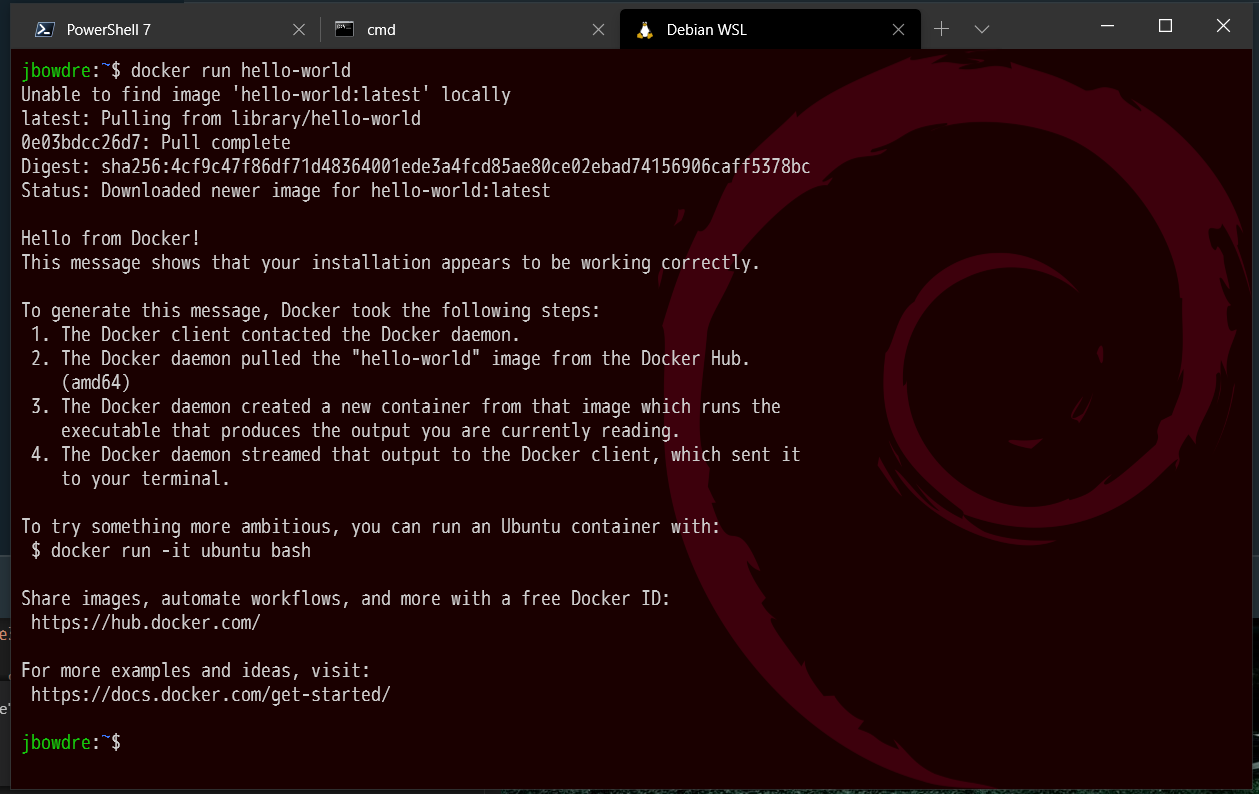